Need help with a product or an order? Click HERE

Being Frank: All Cranked Up

Time seems to uncover the truth. As days roll into years, more facts surface to eventually overcome uninformed opinions, misinformation, and stupidity. Sometimes it takes many years, but time has limitless patience! With that said, I am going to revisit my Being Frank blog from May 2018 Being Frank: Think Before You Type. That blog talked about the great response to the introduction of our eeWings titanium crank and some of the proclamations made by a few forum commenters. I remember one commenter on Pink Bike stating that the following year eeWings would be on closeout for half price. Well, that did not happen, and now after three years thousands and thousands are out on trails and roads around the world. Furthermore, we have been oversold for most of the last twelve months.

On to some of the comments time has proven wrong. While we have produced some black and Tie Dye eeWings, we did not make any green ones — and yet there are still no natural finish eeWings turning green! As for titanium cranks being flexible, you won’t find eeWings owners complaining about that either. Our lab tests clearly showed that eeWings were as stiff or stiffer than all of the popular carbon cranks, and this has been borne out with riders. Relatedly, eeWings have proven very durable. To date, we have seen only one-tenth of one percent returned to us for structural damage. That is ten times less than many bicycle companies aim for.

Another issue raised was the price. Admittedly, $1,000+ is a lot of money for a crank, and honestly, it is much higher than we wanted. Our dream was $599 to $699, but that turned out to be impossible. Well, it may have been possible; however, we were unwilling to compromise the product’s integrity or take unnecessary risks. It was a really tough call years ago, but we are super pleased with how eeWings have earned their place on so many riders’ bikes, how they have they have landed on numerous media dream builds and projects, and the large number of industry people that have put them on their personal rides.

Journalists stated the eeWings could outlast many bikes and find their way onto second and third bikes. Others said it could be the last crank one is to ever buy. While current component interface specifications (most of which are not by definition “industry standards) are not set in stone, here we are three years later with eeWings fitting into almost any bike made. And to boot, we have added a range of bottom brackets to make mating eeWings to your frame even less of a headache.

Recently I have explained to a few people that being involved with a product that makes a real and lasting impact is very rewarding to me. I don’t remember sales numbers, productive meetings, or nailed timelines from twenty-five years ago. But I certainly remember those impactful products. It is a huge sense of pride to see some of them fondly remembered many years later by others. So I expect that Craig, Jim, Jeff, and Sam, the core of the eeWings development team, are proud of making the eeWings a reality. And given how eeWings have gained more and more traction each year, I think that pride will be even greater ten or twenty years from now. 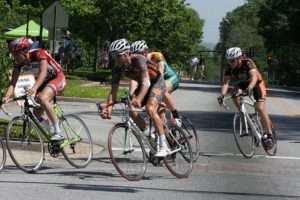 I Ride to Live; I Ride to Thrive 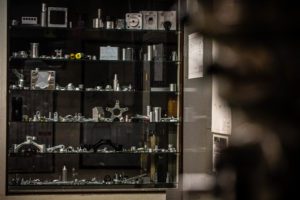 Being Frank: What Could Have Been