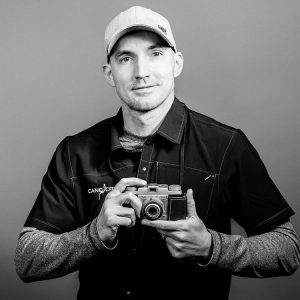 Sometime in mid-June of this year, I got a call from my boss – Cane Creek CEO Brent Graves. Brent wanted to run an idea by me and, like a lot of us, I was working from home at the time and so it wasn’t like he could just pop into my office.

By that time, Cane Creek had already been on a roller coaster ride due to the pandemic, associated stay-at-home orders and a subsequent bike boom that’s still going strong today.  We’d gone from completely closed for two weeks in April to having the biggest sales month in company history in June (a feat we’ve surpassed two more times since.)

All that business was a double-edged sword, however. Our retail sales group – which consisted of four people at the time – was completely swamped with incoming phone calls, emails and rider-direct orders through the website. On top of that high demand, our infrastructure was – to put it kindly – lacking. Our phone systems were landlines with no advanced call routing or hold queues and our incoming email was managed through a shared Gmail account with team members just picking the emails off as they came in. These tools simply weren’t up to the task.

With the flood of new demand, we had fallen way behind. We were letting our customers down and we were letting ourselves down. Customer service isn’t an easy job and the people who do it will tell you that the reason they do it is because they like to help people. The guys on our team are riders, just like our customers, and I could see the weight they carried as it took days and then weeks to get back to customers.

It was a difficult time and we all felt it.

So that was the state of things in mid-June when Brent called. He had an idea that he wanted to run by me. I’d been the director of marketing since March of 2017 and, in that time, I’d realized that Brent and I shared a common belief that good marketing and good sales were basically the same thing. They weren’t based on gimmicks and manipulation. The key to both was to connect with people in an authentic way that helped them solve their problems and fill their needs.

Brent’s idea was to take that concept and make it official by consolidating our marketing, customer service and retail sales efforts into one place. We knew that we were struggling to respond to and generally communicate with our customers and no amount of marketing in the world was going to make up for that. Like any team we needed to come together, pitch in and make things right.

So that’s what we did.

We decided to call the new department Rider Engagement. We wanted to make sure that our focus was on reaching, relating to and helping other riders. We are all riders ourselves and would rather be on our bike than on a phone waiting endlessly for someone to answer or checking our email for a response to a message that was sent days or weeks ago.

We moved pretty quickly, making a couple of key hires and stealing one of our top performers from the OEM sales area to join the team. The team members who had previously just been on the marketing side jumped in and started doing everything they could to answer calls and email.

The next step was to upgrade our technology. We introduced a support center to the website with answers to common questions and attached it to a ticketing system so that incoming emails were assigned to individual representatives and tracked for response time. We ditched the old land-lines and introduced new Internet-based VoIP phones that let the team members answer calls even if they were remote and (perhaps more importantly) added a waiting queue for callers instead of an endlessly ringing line if no team members were currently unavailable. The team focused on being honest and upfront with customers about the challenges we were facing, engaging them rider to rider.

It took time and it wasn’t easy but it worked. We went from an average response time to emails of nearly two weeks at our worst point to just over 13 hours as of last month. Calls are answered and I hear the team chatting with other riders about their bikes like a couple of people standing around at the counter of the local bike shop. The feeling that they are letting someone down is gone and I can hear it in their voices.

On top of that, the folks that used to be on the marketing side of things are engaged with what’s going on with our riders in a way that I’ve not seen before. Our video production guy is constantly working with the rider engagement reps to find out what our riders need and how we can make videos and take photos to help them better understand, use and get the most out of our products. Our outside rider engagement rep who usually spends his year jumping from event to event has been all over the place – answering emails, taking orders, answering phones, appearing is support videos and lending his ideas to new engagement opportunities.

Those are just a couple of examples of how this incredible team has taken a major challenge and turned it into something that will make us a better company and, more importantly, better serve our customers. I couldn’t possibly be more proud of them and the work they do and I’m proud to be Cane Creek’s Director of Rider Engagement. 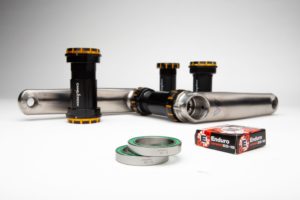 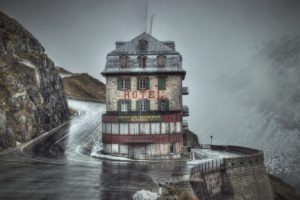