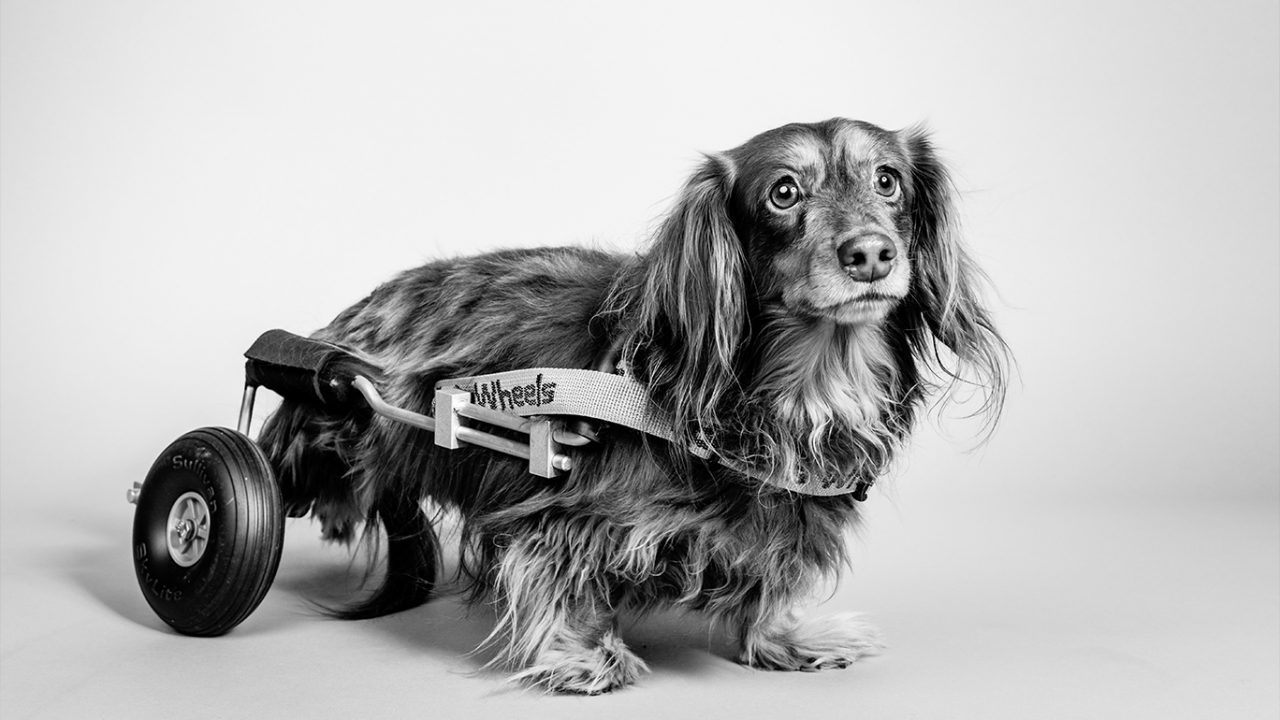 Like most everyone, I am consumed by the uncertainty and anxiety being caused by the coronavirus pandemic. So I have decided to force myself for a few minutes to focus on something that brings me unconditional joy and wonder: our dogs. As with bikes, we follow the N+1 philosophy. So our house has twenty short, hairy legs attached to the long and low bodies of five miniature dachshunds. While this blog is about dogs, there is a bicycle connection. Maybe you can figure it out before I tell you at the end.

Growing up I was bothered, even angered when someone would refer to my best friend as a wiener dog. Now I relish in the off-color jokes that I should not share here! If you did not know, dachshunds were bred over 300 years ago to burrow underground and confront ornery creatures like badgers in their hideouts. Their short legs, powerful torso, and loud bark were all traits specific to that task. They are also smart, stubborn, protective of family, and great companions.

Our five are all of the long-haired variety. Three are from California and two were born in North Carolina. Two of the Californians are related, and the two from North Carolina are also kin (see how I fit in the regional slang?). That leaves one guy that’s an orphan, but they are all family. Their names are Veloce, Zonda, Neutron, Athena, and Tullio. To avoid hurting anyone’s feelings, I will talk about them in order of their age.

Veloce is a seven year old female. Always with a pleading look on her face, she becomes alive outside. More so these days as she has limited mobility due to IVDD. This is a spinal disease that can lead to paralysis. Veloce has some custom-made wheels, and when she is harnessed and pointed outside, what follows is a distillation of what living is all about. Veloce is the natural hunter of the five and has tremendous vision – she is also the only one that sees and reacts to animals on TV. Though I have found most all dogs to be stoic, Veloce takes it to another level.

Zonda is related to Veloce and is a few weeks younger. He is happiest alone with people and would not mind being an only-dog. Of our five, Zonda is the least dog-like. I’d call Zonda’s coloring dirty blonde, as he looks like someone spilled bleach on his face. He’s beautiful and acts like he knows it. He trots like a show dog, usually with an aloof air that makes me really think about reincarnation. He is also the best behaved.

Neutron is like the anti-Zonda, and he is the most dog-like of our gaggle. We picked him up at seven weeks and then proceeded to drive across the country. He’s four now and is still full of puppy energy. While all of them become wired when a small animal is spotted, Neutron goes absolutely crazy. That behavior combined with his build and obsession with digging and chasing, mark the clearest connection to his ancestors. While usually the tough guy of the five, he is very sensitive and easily startled.

Athena is a real sweetheart. She will be three soon but may not make it to four. Six months ago she became ill and was diagnosed with an autoimmune disease that has caused her joints to rapidly degenerate. It’s a heartbreaker because she was the most playful of the five and was always taking on two boys at a time. Walking is very difficult for Athena, but her mind and spirit are as strong as ever.

Tullio lost out in the brains department but made up for it with a shy, loving disposition and stunning looks. He never seems to be sure about anything and follows the lead of Neutron – for better or worse. Tullio is the youngest and smallest, but his presences is as big as any other’s.

Growing up in the 80s with bicycles was impossible to do without becoming a fan of the Italian brand Campagnolo. Though few know Campagnolo once made mountain bike parts (though they missed the mark), even fewer know that there were some BMX parts before that. Anyway, our dogs’ names are all Campagnolo product names: Veloce and Athena have been grouppos, Zonda and Neutron have been wheels, and Tullio was the founder’s name – the man who invented the wheel quick release. My friends Dino, Michele, and Marco in Vincenza get a real kick out of our dogs’ names.